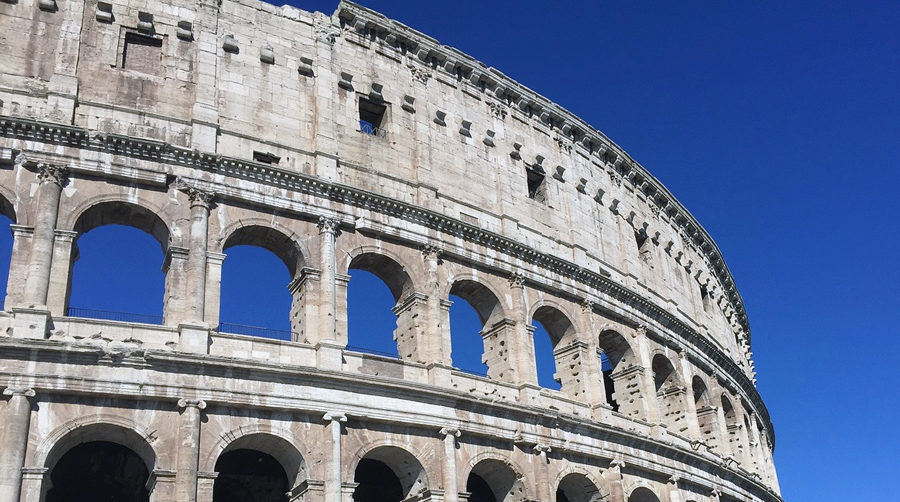 The Ancient Egyptians were probably the first civilization to use pieces of fabric for shade. They also found sails useful for harnessing the power of the wind to travel in sailing boats from 3,500 BC.

Greeks and Romans also used large pieces of fabric in their buildings. In fact, the Romans used large canvas “sails” to provide shade to spectators at the Colosseum in Rome pulled into place by sailors.

Early sails were only as strong as the fabric and techniques of stitching used.  Over the thousands of years these materials evolved and sails were often made of flax (linen), hemp or cotton in various forms including canvas. Since the industrial revolution, shade structures have increased substantially in size.

The first large canvas building was the circus tent, invented in the United States in 1825.

In 1896, the All-Russia Exhibition featured a number of major technical achievements in structures featuring tensile steel frames by Nizhny Novgoroed. But it wasn’t until the 1950s that the potential of tensile architecture for providing shade to large outdoor areas really took off.  Although not using fabric, the Sidney Myer Music Bowl in Melbourne by Barry Patten was an early example of a lightweight tensile structures in 1959. Frei Otto, influenced by Patten popularised membrane structures in the 1970s with designs including the Tuwaiq Palace in Saudi Arabia and the roof of the Olympic Stadium in Munich.

The advent of synthetic fibres such as PVC have produced the modern shade sail.

Ideal for the hot climate, cloth became popular in Australia and South Africa for garden greenhouses and it soon became obvious that these new materials could also be used to create shade sails.

Brisbane’s Expo ’88 showcased the possibilities of architectural shade to the world in 1988.  The symbol, logo and theme for the exposition was the giant tensile “sun sails” which sheltered the main pavilions. Following the expo, they were used to shelter cars in car yards from the sun and hail damage.  Australia has since become a leader in the manufacture and design of Shade Sails and exports to the world.

The Millenium Dome in London, built in 2000 showed just how large tensile shade structures could become.

But despite some large tensile structures, in Europe, Shade Sails haven’t completely taken off.

However the market for Shade Sails has grown significantly in the United States and the US is one of the largest importers of Shade Sails.

Favourable exchange rates are making it more attractive for custom made Australian Sails to export to the US commercial market.

1800 Shade U has more than 100 years of history in the textile industry, growing and branching into the area of Shade Sails over a decade ago. We design, install and distribute Shade Sails for shade solutions around Australia and also export.