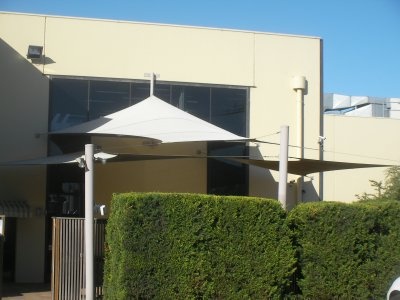 This week we feature Shade Sails in and around Port Melbourne in the City of Port Phillip south of Melbourne.

Port Melbourne is great candidate for Shade Sails as it is a former industrial area which has undergone rapid gentrification and urban renewal, particularly around the Bay Street commercial area.  As a result, there are some very progressive parts which feature some stunning Shade Sails and tensile structures.

Here are some other photos of Port Melbourne Shade Sails from our previous post “Melbourne’s Biggest Shade Sail?” 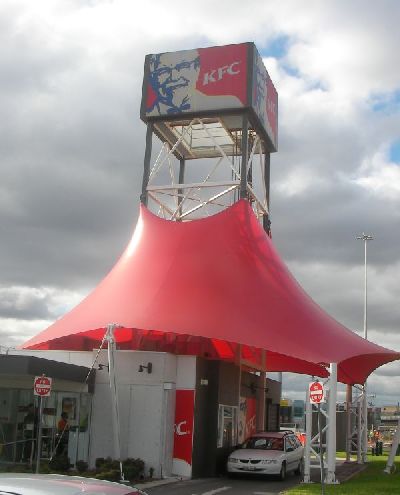 Most Bunnings Warehouses have a section that is covered by Shade Sails and Port Melbourne’s Bunnings is no different.  The distinctive grid of stretched square shape sails behind a wall of shade cloth not only provides shade to the plants in the gardening section but keeps the sun off customers and really adds to the plain warehouse design with a great architectural statement from the street.

Solutions just like this one are our bread and butter.  Compare to our commercial and architectural shade sails.

This modern apartment building obviously has a sun problem.  The owners have decided to erect a pair of blue shade sails over the courtyard area tensioned with rope. The design looks unusual with two opposite facing triangular sails. 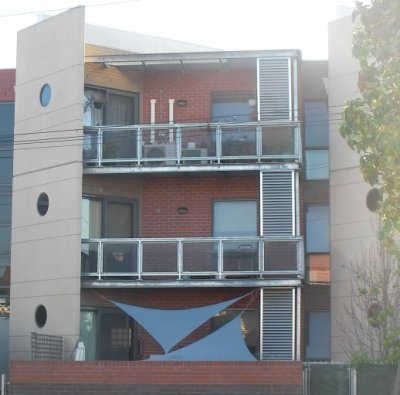 Compare to some of our Apartment Shade and Courtyard Shade Solutions.

This next one is at an office building.  This set of beige Shade Sails is configured in a stunning architectural display attached to the facade above and beside a large strip window as a partial awning with two lower Shade Sails also attached to three beige posts to complete the composition.